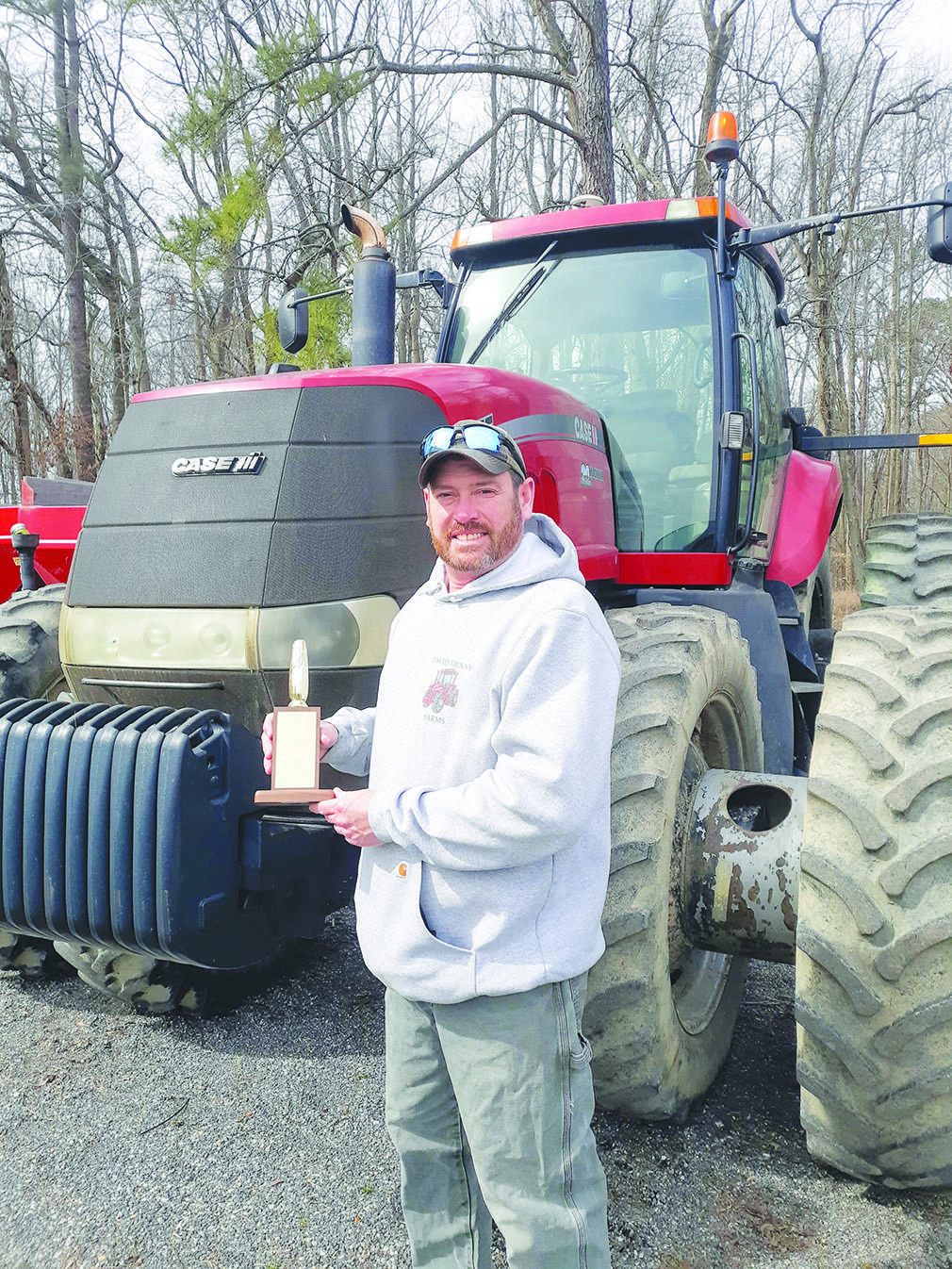 David Denny Farms is the winner in the Talbot Corn Club’s non-irrigated division for the 2020 crop year. The winning yield was 257.12 bushels per acre from an Axis 62A28 hybrid planted no-till. (Photo courtesy Shannon Dill)

EASTON, Md. — Despite not being able to gather in person, the Talbot Corn Club and Soybean Improvement program recognized winners in the 2020 contest, including a back-to-back winner in the corn competition and a record-setting yield entry in the soybean contest.

Results were announced March 2 through a virtual program with David Denny Farms the winner in the corn contest’s non-irrigated division.
The winning yield was 257.12 bushels per acre from an Axis 62A28 hybrid planted no-till. Denny won the 2019 contest with a yield entry of 276.72, setting a new contest record.

In the two contests, farmers select a small area of a field to harvest a yield entry and entries are not necessarily indicative of field average yields.
According to the contest’s data sheet sent to club participants, Denny planted the winning corn entry on April 23 at a population of 33,500 seeds per acre on 30-inch rows.

Second place in the corn yield contest went to Jay Shortall with an entry of 244.3 bushels per acre, using DeKalb 54-65 RIB planted no-till.

The corn contest had 27 entries, four of them in the youth division.
All but one entry was planted either no-till or minimum-till and all entries had a sidedress fertilizer application after planting.

Denny’s second win in as many years marks the fourth time in the contest’s 69-year history there is a back-to-back winner.

“This year we have two farms that have participated over 60 years, three over 50 years and we have two first year entries,” Shannon Dill, University of Maryland agriculture principal agent in Talbot County, told club members in a letter announcing the results. “A big thank you to those that took the time to get their samples taken and data entered.

“A thank you also goes to the unit leaders for scheduling and taking measurements during the harvest season. We appreciate the extra precautions taken to ensure everyone’s safety during these unprecedented times.”

In recorded remarks, Dill said the soybean contest first began as a Mid-Atlantic program in 1971 before shifting to the Maryland Soybean Improvement program and again to the Talbot program in 1974.
The program’s double crop category was added in 1990.
The full program recording is available online at www.go.umd.edu/2020cornclub.

Axis 4501NRX topped this farm in Wakefield just shy of 70 bushels.  It is easy to see that the group-IV soybeans really shined at this location and the yields were lower with the later maturities.  The Enlist and Xtend varieties performed equally well. This was a spectacular performance for late planted soybeans.

The location could not be found.